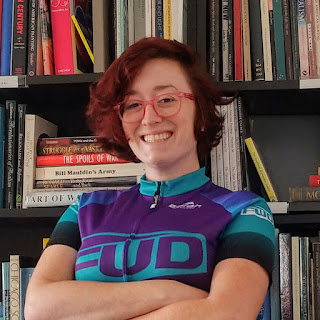 I love riding my bikes off-road! My love of dirt began as a little girl, and was reignited as an adult when I discovered cyclocross racing in 2015. After trying triathlon but discovering I really only liked the biking part, I competed in Afterglow, a late-season, casual race. I raced on my single-speed commuter, with a slick back tire, and despite wiping out in the mud (or because of it?) I fell in love.

I love racing the Chicago Cyclocross Cup each fall, and competing in various gravel races such as Barry Roubaix and Rough Road 100, but had wanted a mountain bike for as long as I'd been riding. I decided this year would be the year I finally go for it, and ended up falling in love with the Jamis Dragonfly.

On June 8, 2019, I plan to put my mountain bike and body to the test at the Sancho 200 in Traverse City, Michigan, riding 200 miles of scenic terrain. Until then, I'll enjoy my Dragonfly racing short track at Big Marsh Bike Park, riding the pump track, and hitting whatever trails I can throughout the Midwest.

It looks like Spring will be here before we know it, so fingers crossed for dry trails sooner than later! A couple of updates/items to not... 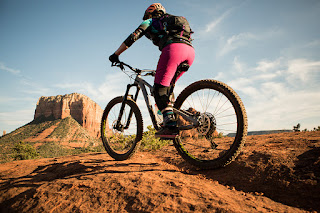